THE LETTERS – FEATURE FILM – 2021
Robbie Kane recently attended the premiere of this film. He played the part of a Journalist in it

VODAFONE – ADVERT – 2021
Aisling Doyle is featured. This will be on our screens soon

JUNK KOUTURE – EVENT – 2021
Congratulations to alumna Orla Morris Toolen on being the new presenter and co producer of Secondary School Competition JUNK KOUTURE. Orla was also featured on the recent documentary about it on RTE.

SUPERVALU – ADVERT – 2021
Aisling Goodwin has been cast as MOM. This will be on our screens for Christmas

PROPERTY CAMPAIGN – 2021
Amelia Lily Cray and her Family are featured 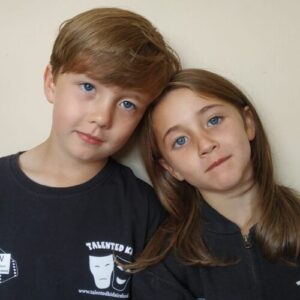 HERSELF – FEATURE FILM – 2021
Featuring Aaron Lockhart as Tomo, The Film went on Nationwide Release in September 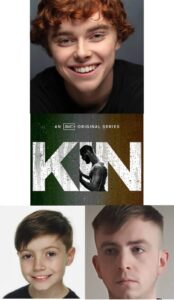 The TV Show featuring Ben Carolan as Glen Wright, Kyle Bradley Donaldson as Clayton Finn and Dylan Fitzmaurice Brady as Luke Cunningham premiered on AMC+ in the United States and then on RTE in Ireland a few days later. It has received critical acclaim 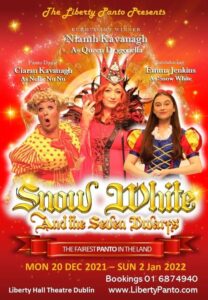 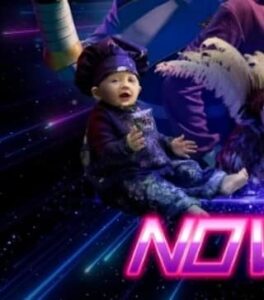 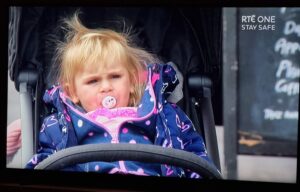 Delighted to see our little Lucey Duffy back in Fair City as OLIVIA. Looking forward to seeing Ryan Keogh reprise his role as JACK soon

THIS IS ART CLUB – TELEVISION – 2021
Susie Power is a reporter, collaborator and presenter on this upcoming Art Show for RTE

PANEBARCOS – TELEGAEL – 2021
Robyn Dempsey is featured in this pilot episode 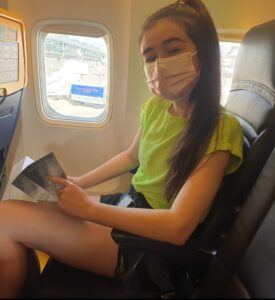 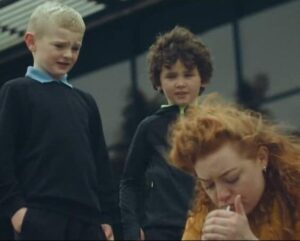 Rest in Jellies film premiered at this festival. Charlie Duffy and Hughie Blacker are featured 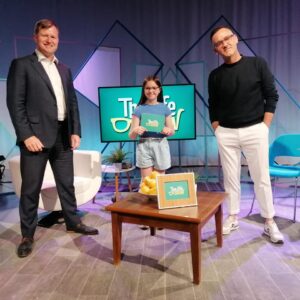 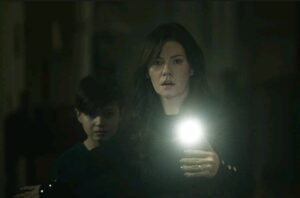 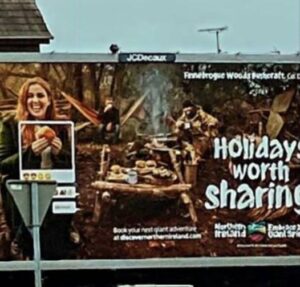 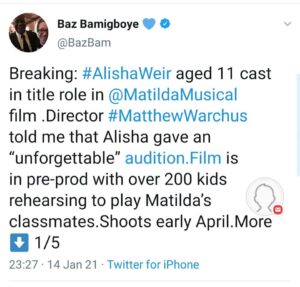 Starring our ALISHA WEIR as MATILDA, alongside EMMA THOMPSON, STEPHEN GRAHAM & LASHANA LYNCH, the film has received a release date of December 2022 on Netflix with a cinema run in the UK and Ireland. Tim Minchin in an interview with The Times describes Alisha as: THIS KID IS JUST MESMERISING!!!

TESCO – ADVERT- 2021
Eliza Wardell featured in the Tesco Advert in May. Sophie Rowe was also cast 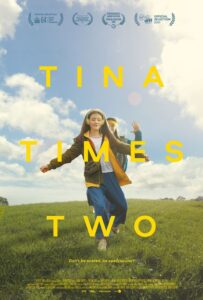 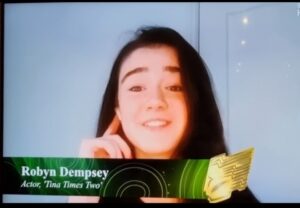 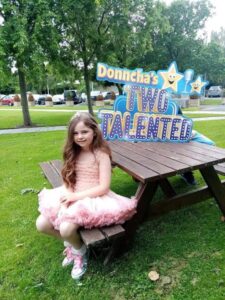 Holly Gibson performed on the show with her mum Linda